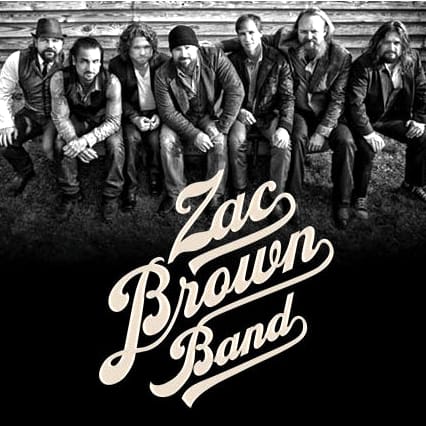 The Zac Brown Band are a group of country musicians from Atalanta, Georgia. The band hit the big time in 2009 with their #1 singles "Chicken Fried" and "Toes". They have been nominated for no less than 55 music awards, winning many along the way including a Grammy for Best Country Album.

Is your favourite Zac Brown Band MIDI Karaoke File or MP3 backing track missing? If you need a new backing track that’s unavailable at the current time, click in the Contact button at the top of the page and request the backing track. If the song is current and in the charts, chances are we may produce it at normal catalogue prices.