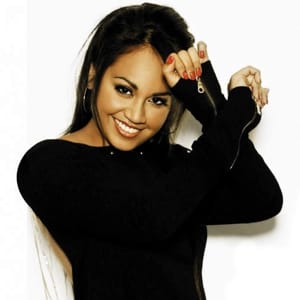 Australian R&B, pop singer, composer and actress Jessica Mauboy was runner up in the 2006 (4th season) Australian Idol. Sony Music (Australia) were quick to seize on Mauboy's extensive talent and signed her to their label. Her 2007 debut album, "The Journey" reached the top 5 on the ARIA Albums Chart and in that same year she spent a brief time in the all-girl pop band, "Young Divas". Mauboy has released several successful Top 5 chart albums and created a separate career as an actress in films Bran Nue Dae (2010) and The Sapphires (2012).

Is your favourite Jessica Mauboy MIDI Karaoke File or MP3 backing track missing? If you need a new backing track that’s unavailable at the current time, click in the Contact button at the top of the page and request the backing track. If the song is current and in the charts, chances are we may produce it at normal catalogue prices.