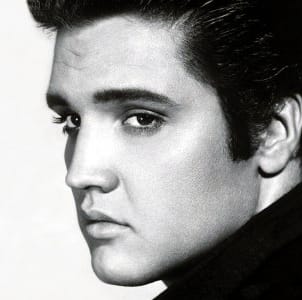 It’s hard to imagine anyone more important to original Rock’n’Roll as a singer/performer than Elvis Presley. A unique singer, musician and actor with magnetic persona and voice that 1000’s of Presley clones can only dream about. Presley recorded over 50 albums. An enduring performing and acting career saw Presley rise to super-stardom, a status he has held for decades since passing away in 1977. Popular Elvis Presley songs include All Shook Up, Jailhouse Rock, Burning Love, Mystery Train, That's All Right and It's Now Or Never. (© 2013 John Ialuna Biography author). AMCOS Licensed

Is your favourite Elvis Presley MIDI Karaoke File or MP3 backing track missing? If you need a new backing track that’s unavailable at the current time, click in the Contact button at the top of the page and request the backing track. If the song is current and in the charts, chances are we may produce it at normal catalogue prices.