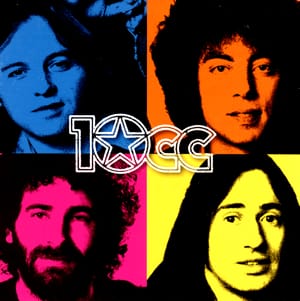 10CC are an English Rock, progressive Rock and Art-Rock band from Stockport. 10CC had two distinct and equally successful line ups. The first from 1972 to 1976 with original members Graham Gouldman, Eric Stewart, Kevin Godley and Lol Creme . In 1977, Godley and Cremem left over musical differences and to develop 'the Gizmo', a device for guitarists. The remaining members regrouped under the guidance of Stewart and Gouldman and became popular world wide thanks to songs like "Dreadlock Holiday". In 1978, Eric Stewart was seriously injured in a car crash which sadly put an end to the rise of the band. 10cc hits include Things We Do For Love, Rubber Bullets. I'm Not in Love, Dreadlock Holiday and The Second Sitting Of The Last Supper. AMCOS Licensed

Is your favourite 10cc MIDI Karaoke File or MP3 backing track missing? If you need a new backing track that’s unavailable at the current time, click in the Contact button at the top of the page and request the backing track. If the song is current and in the charts, chances are we may produce it at normal catalogue prices.