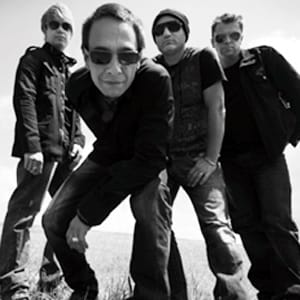 1927 are a popular Australian performing and recording band formed in 1987 by Bill and Gary Frost, Eric Weideman Bill Frost and James Barton. Founded in Melbourne, 1927's multi-platinum #1 debut album "Ish" won them best breakthrough artist at the 1989 ARIA Music Awards. The band enjoyed a consistant run of hits in the late 80's, including "That's When I Think of You", "If I Could", "Compulsory Hero" and "Tell Me a Story". 1927 experienced several changes in line up which affected their sound and called it a day in the early 90's. Singer Eric Weideman revived the band in the early 2000's for regular national tours. The band have recorded on the Trafalgar, WEA, East West and Atlantic labels. AMCOS Licensed. (C) 2017 Bio by John Ialuna for Hit Trax

1927 MIDI Files, MIDI Karaoke MP3 professional backing tracks and Lyrics produced by Hit Trax. Click on any title to view song details like tempo, key, length and a preview 1927 video. View and print 1927 song lyrics which include MIDI Instrument track listing (* where available) all from the song page.

Is your favourite 1927 MIDI Karaoke File or MP3 backing track missing? If you need a new backing track that’s unavailable at the current time, click in the Contact button at the top of the page and request the backing track. If the song is current and in the charts, chances are we may produce it at normal catalogue prices.