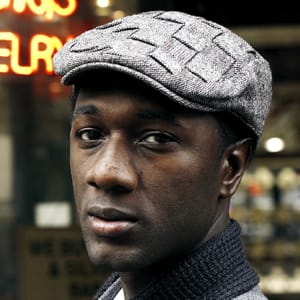 Aloe Blacc (real name Egbert Nathaniel Dawkins III) is an American singer, musician and rapper. Blacc began his career teaming with Hip-Hop producer Exile and forming "Emanon" where they released 3 albums. Blacc went solo in 2003 releasing a further 2 albums and gaining popularity through several festival and concert performances. His major breakthrough came in 2013, co-writing and singing on the Avicii song, "Wake Me Up".

Is your favourite Aloe Blacc MIDI Karaoke File or MP3 backing track missing? If you need a new backing track that’s unavailable at the current time, click in the Contact button at the top of the page and request the backing track. If the song is current and in the charts, chances are we may produce it at normal catalogue prices.