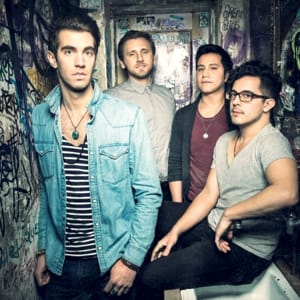 The members of American Authors originally came together in 2006 while attending Berklee College of Music. As "The Blue Pages", they gigged around Boston and recorded 2 albums. Changing their name in 2012 to "American Authors" and relocating to Brooklyn, the band continued touring and recording, releasing "Best Day of My Life". The song became a sought after ad jingle for Hyundi, Telecom and Lowes.

Is your favourite American Authors MIDI Karaoke File or MP3 backing track missing? If you need a new backing track that’s unavailable at the current time, click in the Contact button at the top of the page and request the backing track. If the song is current and in the charts, chances are we may produce it at normal catalogue prices.