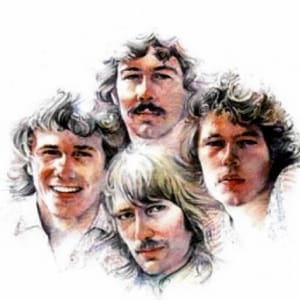 David Gates and Bread MIDI Files Backing Tracks - Bread was a soft rock band achieving 13 Top 10 hits over a 10 year period. Bread's first #1 Billboard hit was "Make It with You" in 1970. Bread was fronted by singer/songwriter/guitarists David Gates and James Griffin. Keyboard player Larry Knechtel and drummer Mike Botts completed the band. In 2006, Bread were inducted in the Vocal Group Hall of Fame. As of 2013, David Gates is the only surviving member along with original Bread guitarist, Rob Royer. Sadly, Griffin and Botts both died in 2005 from cancer and in 2009, Larry Knechtel died of a heart attack. (© 2013 John Ialuna Biography author)

Is your favourite Bread MIDI Karaoke File or MP3 backing track missing? If you need a new backing track that’s unavailable at the current time, click in the Contact button at the top of the page and request the backing track. If the song is current and in the charts, chances are we may produce it at normal catalogue prices.