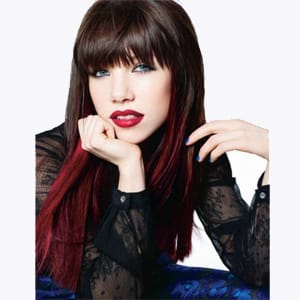 Carly Rae Jepsen was a third place contestant in 2007 Canadian Idol and released her first album Tug of war in 2008. Jepsen found fame around 4 years later with her hit single Call Me Maybe (from the 2012 EP, Curiosity) that won her several pop music and video awards. At last count, Jepsen sold over 20 million albums worldwide. In 2014, Jepsen appeared on Broadway in Rodgers and Hammerstein's Cinderella. © 2016 John Ialuna Biography author for Hit Trax

Is your favourite Carly Rae Jepsen MIDI Karaoke File or MP3 backing track missing? If you need a new backing track that’s unavailable at the current time, click in the Contact button at the top of the page and request the backing track. If the song is current and in the charts, chances are we may produce it at normal catalogue prices.