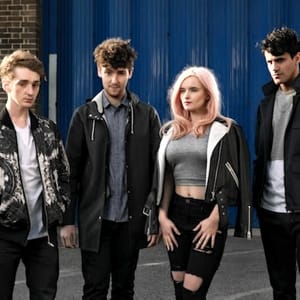 Clean Bandit are an English electronic group. Their debut single "Mozart's House" released in 2013 reached number 17 on the UK Singles Chart. Their followup 'Nightingale' featuring singer Horner Woods and dubstep band Camo & Krooked peaked at number 39 on the UK Singles Chart. The band blasted forward in January 2014 with their first UK number one single, "Rather Be". Making #1 in it's chart debut, "Rather Be" features elements of classical, reggae and beats.

Is your favourite Clean Bandit MIDI Karaoke File or MP3 backing track missing? If you need a new backing track that’s unavailable at the current time, click in the Contact button at the top of the page and request the backing track. If the song is current and in the charts, chances are we may produce it at normal catalogue prices.