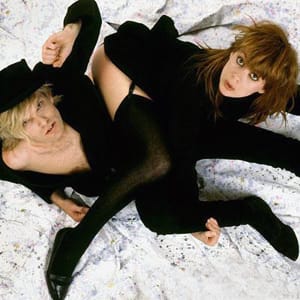 "Divinyls" were formed in 1980, fronted by charismatic singer Chrissy Amphlett and guitarist Mark McEntee. The band released 5 studio albums, all major successes along with a string hits including "Boys In Town", "Science Fiction", "I'll Make You Happy" and "Pleasure and Pain". Their biggest selling single, "I Touch Myself" hit the top of the charts in Australia, USA and UK. In 2006, Divinyls were inducted into the ARIA hall of fame.

Is your favourite Divinyls MIDI Karaoke File or MP3 backing track missing? If you need a new backing track that’s unavailable at the current time, click in the Contact button at the top of the page and request the backing track. If the song is current and in the charts, chances are we may produce it at normal catalogue prices.