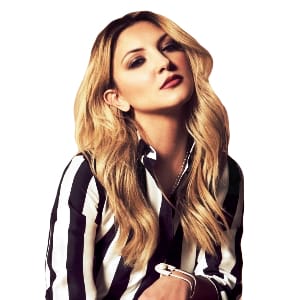 Julia Michaels began singing at age 12. She developed early in the art of songwriting, composing hits songs for Demi Lovato and Fifth Harmony. Michaels has a golden wall of artist collaborations, including Ed Sheeran, Kelly Clarkson, Linkin Park and Justin Bieber.in 2017 she released her first solo single "Issues" which made top 10 in USA, Canada and Australia. All 'The Julia Michaels MIDI Files and Backing Tracks are AMCOS Licensed and royalty paid. (© 2017 John Ialuna for Hit Trax)

Is your favourite Julia Michaels MIDI Karaoke File or MP3 backing track missing? If you need a new backing track that’s unavailable at the current time, click in the Contact button at the top of the page and request the backing track. If the song is current and in the charts, chances are we may produce it at normal catalogue prices.