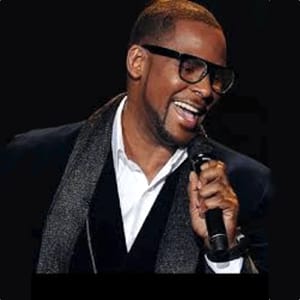 Chicago musician, singer, songwriter and producer R.Kelly started his music career in 1992. A former basketball player, Kelly produced and remixed songs and albums until he gained worldwide success in 1998 with the R&B smash "I Believe I Can Fly".

Is your favourite R Kelly MIDI Karaoke File or MP3 backing track missing? If you need a new backing track that’s unavailable at the current time, click in the Contact button at the top of the page and request the backing track. If the song is current and in the charts, chances are we may produce it at normal catalogue prices.