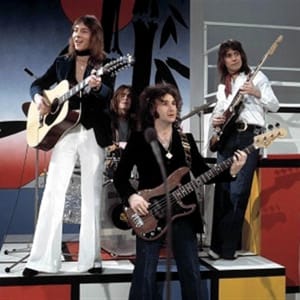 Smokie MIDI Backing Tracks - Smokie are an English band that found success in the 70's and 80's through a string of infectious hits, including a collaboration with Suzi Quatro (Stumblin' In) and produced by the successful Chinn/Chapman production team. The band found fame with 'Living Next Door To Alice', 'Oh Carol' and 'Lay Back In The Arms Of Someone' . The band was huge in Australia and the UK. Smokie were still performing as of 2012. (© 2013 John Ialuna Biography author)

Is your favourite Smokie MIDI Karaoke File or MP3 backing track missing? If you need a new backing track that’s unavailable at the current time, click in the Contact button at the top of the page and request the backing track. If the song is current and in the charts, chances are we may produce it at normal catalogue prices.